May connect to Branch 1.

Born ____. Died____ Married________. May be #4 William Latta of Branch 1, and also the William Latta married to Elizabeth Taylor of Allegheny County, Pennsylvania, as referenced in Robert H. Latta's Memorandum Book, page 1.  Elizabeth Taylor's father, John Taylor, of Mt. Pleasant Township, willed property to Elizabeth's son, John T. Latta. (Will of record in Allegheny County, PA at Vol. 7, pg 56)  William and Elizabeth Latta had three sons and one daughter under the age of 10 in the 1800 census in South Beaver, Beaver County, Pennsylvania.  William Latta also had a brother, Andrew Latta, who moved to Lewis County, Kentucky, across the Ohio River from John T. Latta, who was living in Adams County, Ohio. John T. Latta and Andrew Latta were both living in Sprig, Adams County, Ohio in the 1830 census.  Had a number of children:2 JOHN T. (2) b. abt. 1793 in PA. 3 ROBERT (2) {No History}4 JESSE (2) {No History}5 SAMUEL (2) { No History}

____ (1). Born about 1793 in Pennsylvania; d. 1860 at Russellville, Brown County, Ohio; m. Margaret Eliza Smalley, daughter of Philip Smalley and Margaret Stevens, of Adams County, Ohio, on April 27, 1825 in Huntington Township, Brown County, Ohio. She was born in Ohio between 1800 and 1805 and died in 1839. He was buried near Russellville, Brown Co., Ohio. They lived in Adams Co., Ohio for the 1830 and 1840 censuses. On the Adams County website, there is listed under marriages, several Smalleys who may have been brothers and sisters of Margaret (i.e. Jane Smalley married a Hill, Ruth Smalley married a Miller, Elizabeth Smalley married a Florea, and a John Smalley is listed). On February 25, 1910 the Court House was burned with all its records.

The summer of 1875 was fine for crops of all kinds, just rain enough. No dry spell in mid-summer as is too often the case in Kansas. The families that went east to winter returned when they learned of the improved conditions, and those who stayed were filled with new hope. We had now paid for our land at one dollar and fifty cents and acre. Some people immediately began borrowing money at twelve per cent interest mortgaging their homes as security, which we thought a very poor move. And so it later proved to be. Some lost their farms in this way. One Saturday in July, I went to Melvern to do the weekly trading and to get the mail, as was the usual custom in those days. There had been a nice shower the night before, but no flood. After I had been in town an hour or so, a man said to me, "I don't suppose you will be able to get home tonight." I asked why. He said, "The river is up high, came up all at once." I started at once, hoping to head the flood, but when I arrived at the ford north of town, I found the water six feet deep and as black as mud could make it. No chance to cross anywhere! Several other parties from the north side were caught in like manner. On Sunday morning Emma went over to our neighbor Boslar's and asked him to go and find out why I had not come home. He came, and found a lot of us on the opposite bank watching the water, which was then eleven feet deep. He went back and told her that I was over there with a lot of other fellows singing "Shall We Gather At The River." Uncle Phil Latta came to the river to find out why his son John had not come home. He found John on the other side with the rest of us. He shouted across, "John, can't you swim it and come home?" John said, "I reckon I could." Uncle Phil directed him to go away up the bend and get in saying that by the time he got down to the ford he would be across. Johnny McAvoy said, "Well, John, if you are going to try that, I will too." The two went up, took off their clothes, made bundles of them and tied them to their hat bands, and plunged in. When they reached the ford they were not across yet. They became excited and clothes which went merrily bobbing down stream. But they finally got out on the other side. Uncle Phil in summer wore only pants, shirt and straw hat. He said, "Well, John I'll divide clothes with you." He gave John the pants and thus equipped the two started across the prairie for their home. Johnny McAvoy had no recourse but to await developments. After a while John Naffziger came to look at the stage of the river. Johnny slipped out of the brush and revealed his predicament to him. Naffziger went home and brought a rubber rain coat in which Johnny arrayed himself, and bareheaded, bare-legged and bare-footed marched manfully away for home. On Monday the flood began to recede. In the afternoon, James Heinzman decided that he could cross. He tied his wagon-box down and crossed, but the water flowed over the top of the box. I had two young colts with my team, and dared not risk that crossing on their account. Late in the afternoon, I drove down to the Bent Hill ford which was wider. When I got there, the river looked forbidding. I tied the team and decided to see if I could wade across. I found I could. When I started the team into the water, each colt hugged close to its mother and we crossed without mishap. It was almost night when I reached home from that marketing trip. I received a glad welcome.

1880 US Census, Halsteadville, North Park, Grand Co., Colorado, lists the household of P. M. Hensley, age 52, retail liquor dealer. Residing with him was only one other person, Joshua Latti, age 22, born in Ohio, listed as a miner. 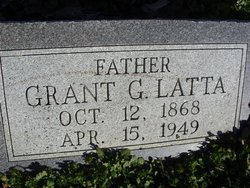 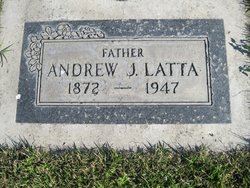 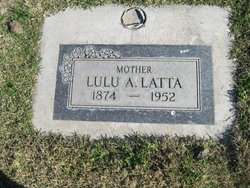 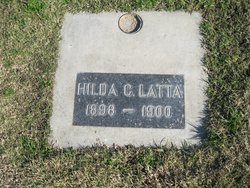